Scotland's 4th city Dundee is well worth a day trip when staying at Fife's best holiday cottages Neuk or Tappit Hoose. Just over 20 miles away, Dundee can be reached in well under an hour by car or a bit longer by by bus. If you prefer a more scenic entrance however, catching the train in Leuchars gives you the chance to cross the famous Tay Rail Bridge, one of the most iconic British engineering feats. For nearly three miles the bridge carves it's way across the estuary before entering the city. 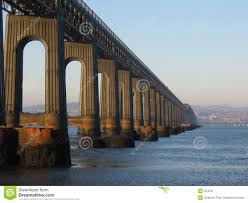 Dundee is a city on the up, that's not to say it was languishing in the doldrums. It has always been a centre for design, engineering and creating, an edgy place constantly pushing boundaries. The birthplace of the Dandy, Beano, Oor Wullie and The Broons, UNESCO city of design and according to GQ magazine "The coolest little city in Britain" 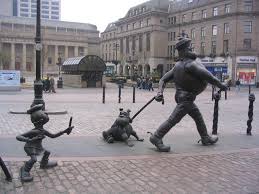 It's historic shipbuilding past included the RRS Discovery which carried Shackleton & Scott to the Antartic in the early 1900s. The Discovery is now a museum ship housed in her own custom built dock on the city's waterfront.
The buzz surrounding Dundee at the moment is all about the imminent opening of the V&A museum, the first institution to bear the Victoria and Albert name outside of London. Opening in September this year it will be an international centre for design in Scotland, hosting major exhibitions, celebrating Scotland's design heritage, inspiring and promoting contemporary talent. 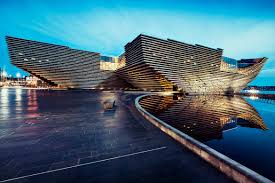 In between walks on the beach, exploring East Neuk fishing villages, walking the Fife Costal Path, boat trips, golfing, whisky and gin tasting, Crab shacks, rock pools and sandcastles make sure you leave time for a visit to Dundee, in fact maybe you need to book another week!
Posted by Neuk Hoose at 07:33 No comments: