Grandparents should be taken on family holidays, says minister.

Grandparents should be taken on family holidays the minister responisble for tackling loneliness has said.

Mims Davies the new Sport and Civil Society minister told the Sunday Telegraph  that communities had a "moral duty" to stop the elderly feeling abandoned. A 2017 study found that loneliness was as harmful to health as smoking 15 cigarettes a day.

Here at Hoose HQ we couldn't agree more and this was one of our reasons for snapping up Tappit Hoose when it came on the market. Located only a few steps across a quiet lane from the back door of Neuk Hoose bringing the grandparents on holiday was a major plus for us.

Our problem with the in laws wasn't one of loneliness it was trying to find a date that they were free! Our children are very fortunate to have young, fit and able grandparents. It was fantastic to be able to wave the children across the lane at 7am to have breakfast with Grandma and I know Grandpa loved taking them off for sneaky ice creams. For us as a couple to be able to go for a drink together was a rare treat! The best of all was wandering around together, taking the dogs to the beach and mooching around the shops and eating some more ice cream. Sounds corny but making memories the children will cherish forever. 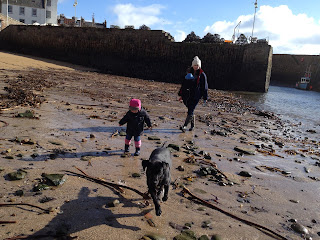 The Michelin Guide for this year has just been published and typically London has the Lion's share of the stars. However our wee Scotland and Fife in particular punches well above it's weight in terms of starred eateries.

The Peat Inn is only 10 miles from Tappit Hoose and it has to be first on the list as it was the first restaurant in Scotland to be awarded a Michelin Star back in the mid eighties. It retains that star today with husband and wife team Geoffry and Katherine Smeddle, I've heard it described as witty cooking in a polished decor. With a three course set lunch menu for £25 it is welcoming and dare I say it affordable.

The Cellar in Anstruther is only 4 miles away, in fact you could walk off your dinner along The Fife Costal Path. With a star since 2015 and under the direction of chef patron Billy Boyter The Cellar is small, unpretentious  and producing outstanding food.

So that's Fife  and there are plenty more to choose from in Edinburgh which is about an hour's drive away.

Martin Wishartin Leith has retained it's star since 2001, and Wishart must be credited with being one of the most infulential chef's in the country and his restaurant one of Scotland's institutions. "Imaginative, elegant French cooking that's proudly Scottish"

No 1 at the Balmoral has held it's Michelin star for 16 years under the steady eye of chef Jeff Bland. Owned by the Rocco Forte group it is a luxurious culinary Edinburgh landmark.

21212 with Paul Kitching at the helm has had it's star since 2010. Housed in a breathtaking listed Georgian townhouse over four floors, Kitching's ever changing edgy menu will have you wanting to come back time and time again.

Last but no means least is The Kitchin  https://thekitchin.com owned and run by husband and wife team Tom and Michaela Kitchin. The Kitchin burst onto the scene in 2006 and was quickly awarded a star in 2007, they have stayed true to their philosophy of "from nature to plate" producing local, seasonal food before it was cool to do so.

So book your eating holiday accommodation and decide where to eat first, luckily we have some lovely beaches for you to walk off your dinners on. 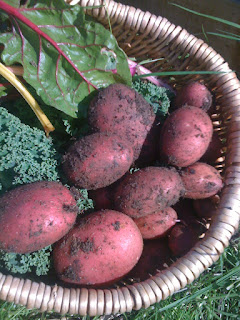 Would you like to play The Old Course, St Andrews?

Did you know that the famous Old Course in St Andrews do a winter golf deal if you stay with a local accommodation provider in Fife?

Including one guaranteed tee time on the famous Old Course, the package also offers a round of golf on two other St Andrews Links courses and is available for customers who book accommodation in St Andrews or North East Fife.

That's 3 rounds of golf!
There has never been a better reason to book your self catering holiday in Crail 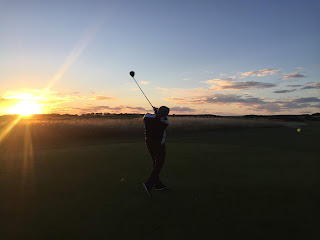 Get your cards out!

The day has finally come when you can book your self catering holiday in Crail online and pay by card! We resisted for a while because here at Hoose Lets we like the human touch, we love nothing more that getting to know our guest's wants and needs and helping them to plan the perfect holiday. However we also know that time is precious, you want to book your holiday and you want to book it now! Tick, job done.

So hopefully we still get the best of both worlds, you can book your holiday let in Crail whenever you like, safe in the knowledge that should you have any questions at all we're right there ready to help.

So what are you waiting for, book your holiday cottage in Crail now! 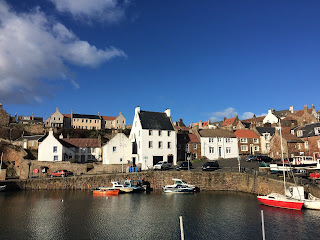 Now's the time to make a wish upon that shooting star and where better to do it from than Crail. The annual Perseids meteor shower takes place this weekend. You can enjoy the majesty of a meteor shower with minimum light pollution, all you need is a warm blanket, plenty of snacks and maybe some matches for your eyelids!  Safe in the knowlege that you can come back to your warm and cosy holiday cottage after the show.The meteor showers are best enjoyed after midnight or just before dawn and the beaches in Crail or Kingsbarns are the ideal place. Picture yourself lying on the beach listening to the waves and watching the stars bust into life, who needs Netflix! 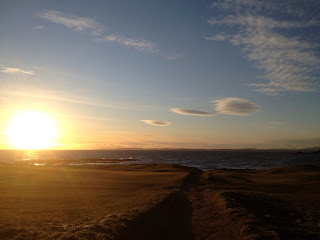 We have been beavering away behind the scenes at Neuk Hoose and Tappit Hoose HQ to put  a new booking system in place, via SuperControl we're very excited because it means that we will soon be able to accept card payments and direct online payments.
Please bear with us as we're not quite there yet and as with any new system in place we hope it will work seemlesly with no glitches! 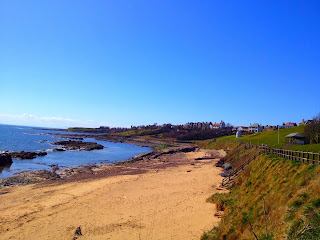 We recognise the need to be able to book your self catering holiday www.tappithoose.co.uk at a time that suits you and not to have to wait until we get back to you. I was worried that it would take away some of the human contact and interaction with our guests. We pride ourselves in our fantastic customer service and getting to know what our guests need through our communications with them. We are going to make it a priority to keep the human element alive whilst still giving you the convenience you need. So you will be able to  book and pay by card at 3am if you so wish and also still get in touch to ask for recommendations of the best place to go rock pooling (Roome bay beach by the way)
Posted by Neuk Hoose at 03:36 No comments:

We now have Google Home in the houses, a wireless smart speaker which can link up to your phone or tablet via bluetooth to play your favourite music. If you already have a music streaming app on your device it's easy to download the google app and play your own music through the speaker. Can't get through the day without Radio 4? I know I'm not alone there, just say "Ok Google," play BBC Radio 4, or Classic FM or whatever digital radio station you prefer. Want to know what the weather will be like for the rest of your stay? Find out about local attractions, book a table at a restaurant, or even how to say hello in Dutch!

Here at our self catering accommodation in Fife


​​SMLXL
we try to keep up to date and provide you with everything you need so we hope you'll have fun with this google device. However we are also aware that not everyone likes the idea of a smart device sitting in the corner of the room, so if it's not your idea of fun, simply unplug it and forget about it, easy peasy!
"Ok Google" Where's the best self catering holiday accommodation in Fife? or "Hi Google"
I'm looking for a fabulous one bedroom holiday property in Crail!
Posted by Neuk Hoose at 02:05 No comments: